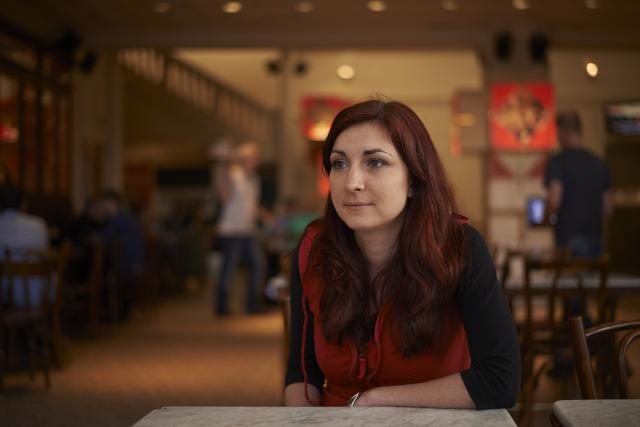 Tijana Ruzic grew up during the collapse of her country. During the NATO bombing in

1999 Serbia experienced a difficult time, but she remembers the conflict mainly as the period in which schools were closed. When she started studying engineering in 2002, political stability had largely returned. The beautiful University of Novi Sad is located in a green suburb of the city and overlooks the Danube.

‘Love at first sight’, is how Tijana describes her encounter with Ghent. Immediately after

receiving her master’s degree in 2008, she applied for a PhD project at the Department of Telecommunications and Information Processing in Ghent. From an early age she had wanted to work abroad. In this department she found herself in an international community of foreign researchers. English is the official language. For Tijana the transition from student to PhD student has passed smoothly, and even though she is hundreds of miles away from her homeland, she is in a familiar international academic environment. She even has Serb colleagues in her office.

for people with different origins. She speaks fluent English, Italian, Spanish and Dutch and she gets annoyed when salesgirls start speaking to her in English. Her residence overlooks the Castle of the Counts and in her research she is involved in the restoration of the painting of The Mystic Lamb, which couldn’t be more typical of Ghent. She has serious doubts whether she will ever move away from this city, even though she finds it painful that she sees so little of her new-born niece. Life goes on in Serbia too. Fortunately she can visit her family at Christmas.

And yes, it is true that the Belgians are not very spontaneous, it quite often rains and

and the sky is predominantly grey. ‘You have to accept the differences’, says Tijana sagely, ‘to live abroad happily.’