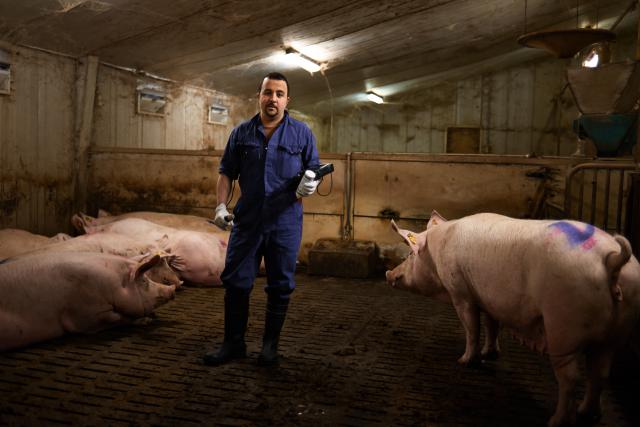 its Faculty of Veterinary Medicine, which is one of the best in Europe. They have since become so integrated that they can order beers in Dutch; this is a very useful piece of knowledge. In 2007 Miguel came to Ghent to begin his PhD on anaesthesia and horses. He is now a research assistant. Ruben left Spain only four years ago, on Miguel’s advice. He too is here for scientific reasons, in his case the study of pigs. The crisis in Spain gave them both an extra incentive to leave, says Miguel, because it has also had serious repercussions in the academic world.

The fact that Carlos Quinto, Charles V, the sixteenth-century monarch who ruled Spain

and the Netherlands, was born in Ghent, is an extra bonus for them. However, they have yet to discover Prinsenhof.

‘Life is passing away in Spain,’ says Ruben, ‘in endless days lasting till late in the

evening, but spent in southern languor.’ They found the strict Flemish work pattern very difficult in the beginning, but they soon learned to appreciate that efficiency is rewarded with hours of free time. The Spanish community in Ghent is very active. Ruben and Miguel give a lively description of the many activities: going out together, renting a ‘chalet’ in the Ardennes, the mini football team... ‘Football brings people together!’ laughs Miguel, who, like every proud Spaniard, is wearing his Atletico Madrid T-shirt for the occasion. The Irish Pub on Recolettenlei is where they always go to watch matches on a big screen. Greeks, Italians and Portuguese also belong to this large group of young graduates, who spend their time together like a kind of permanent group of Erasmus students. Living away from home and the common academic culture smooth away national differences.

It is an open question: do Miguel and Ruben, who are well into their thirties, have no

families because they are still building up their academic careers abroad? Before arriving in Ghent, both studied at several other places in Europe, while Miguel is currently considering a research position in Brazil. The nomadic life, we conclude, is in the genes, even though both Miguel and Ruben say they hope one day to return to Spain and settle down.

They end by expressing an opinion on Belgium. ‘Wallonia is another country’ says Ruben,

who has also worked in Liege. There the atmosphere is more Mediterranean than Flanders, where everything is ‘clean and organized’. But the benefits of organized life that they have now have discovered mean they have more time to order pints of beer. 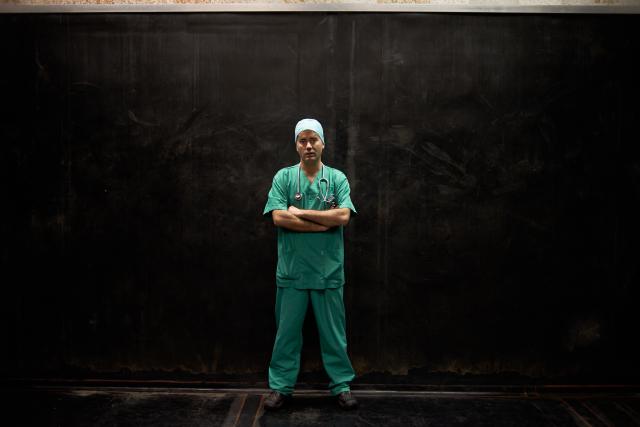