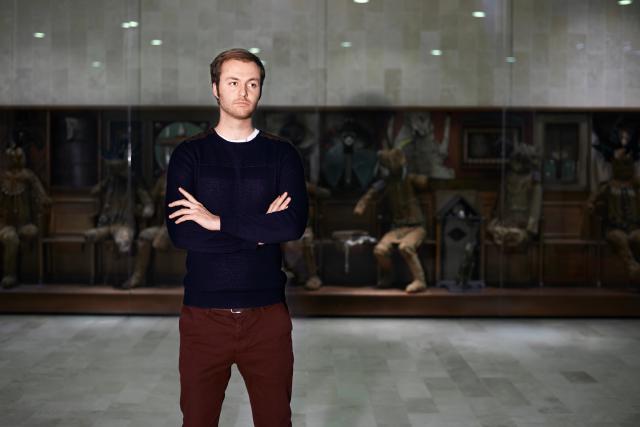 A man with a plan, is how you might describe Kenan. He attends an international high

school, because he has decided he wants to work or study abroad. The child of immigrants, he grew up in a city that has grown thanks to migration – New York City – and through his mother and father is associated with the Middle East and Europe. He radiates cosmopolitanism.

The political climate after 9/11 gave Kenan the final push. He travelled to Scotland, where

he studied political science and history, combined with an Erasmus programme in France. In the meantime he became better acquainted with that strange little country called Belgium, where his father was born. Kenan had made friends with people from Brussels in Edinburgh and regularly visited relatives in Antwerp. In the summer he participated in language camps in the Ardennes, where he improved his Dutch. Unbelievably, he discovered that for a time his grandfather had stayed in Ghent, in the local office of an American company.

A new plan was hatched. Kenan decided to do his Master’s at Ghent University and

intended to combine it with writing a thesis. Today he is halfway through completing his FWO mandate. The plan has succeeded! With an Iraqi mother and a Belgian father, with roots in New York and periods spent living in Britain, France and Spain, origin is a relative term for Kenan. The question: ‘Where are you from’, requires a dissertation of half an hour. This is why Kenan loves Brussels so much, the city where he has lived since 2011. Here the cosmopolitanism of New York pulsates in a big city with its own identity. In Brussels, ethnicity plays no role.

What is next on the agenda? Kenan hopes to stay in Belgium, where he feels at home and

where the history of the Van de Mieroops is located. An itinerant life can also be tiring. To feel like you have taken grip of a place takes time and effort. And, family is attractive. Time to settle. But first the thesis.