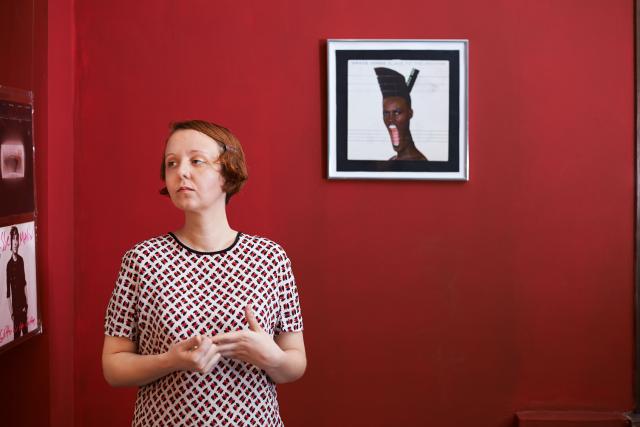 Her first day in Ghent was a congress day: in June 2013, historian and philosopher

Gisele Iecker de Almeida took part in The future of the theory and philosophy of history, a colloquium in the Blandijn. However, it was not only the future of the philosophy of history that was decided that day. Suddenly, on receiving an e-mail message telling her that the Brazilian government had awarded her a four-year scholarship do her PhD in Ghent, the whole conference was bathed in a new light. From city-for-one-day, Ghent became a permanent home for the next few years. She says that it was only in the evening, walking across the Corn Market, that the news finally sank in.

Gisele left Brazil in 2000. She did not feel at home in her native country, which was

just as chaotic, dangerous and poorly governed as the traffic in São Paulo. Following a journey through Argentina, she spent some time in Spain and Britain. Her itinerary was continuously determined by her studies: after acquiring diplomas in history and philosophy she focused on the philosophy of history. Indeed, like an academic nomad she wandered from one place to until that fateful day she attended a congress in Ghent.

‘I really feel like a European’, she says. Her identity is not tied to any country, but to

places with an open urban culture, where the buses run on time and people can live in absolute freedom. That place is constantly changing. Until 2017, Ghent will be the smallest city she has ever lived in.

Yes, sometimes Gisele does listen to Brazilian music – she cherishes her records – but

otherwise there is little that it still binds her to the vast country of her birth that stretches across half of Latin America. She hopes to get work in the philosophy of history; in any case, it will be academia that determines where she lives.