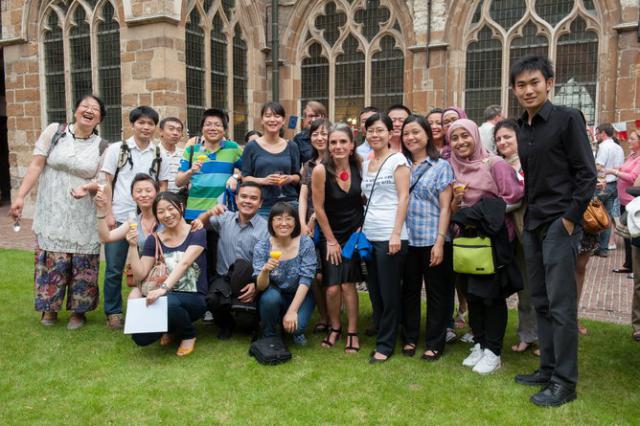 l'Europe, je suis tout ça.’ (I am French, Spanish, English, Danish. I am not one but many. I am like Europe, I am all of these things). It is with these words that Xavier, the main character in the movie Auberge Espagnole, concludes his Erasmus experience. His words would have pleased the founders of the Erasmus programme: in 1987 the promotion of a European identity was one of their ultimate motives. But above all, with the European exchange programme came the dawning of a new era for international student mobility.

Since 1987, the Erasmus programme has promoted scientific and academic exchange.

It has supported, both organisationally and financially, students who wish to spend a period of their studies at another university. In the first Erasmus academic year, 1988-1989, 3244 European students took part in the programme. 25 years later, 250,000 students, or about 1% of the total core student population of Europe, spent a term or a year at another university. Moreover, there are a number of other similar programmes that foster student migration: Erasmus Mundus helps students who go to and from other continents and Erasmus Belgica organises exchanges between Dutch and French-speaking universities in Belgium. Erasmus students are not the only foreigners at university. Through other exchange programmes there are also flows of students who wish to study and work in Ghent. The Asian influx is particularly notable. There are even Indonesian, Vietnamese and Chinese student associations.

As far as the European Erasmus programme is concerned, Ghent is the Flemish leader

as a host institution. About 800 students, mostly Spaniards, Italians and Poles come to Ghent and slightly more students from Ghent go abroad. The faculties of Science, Bio-Engineering and Engineering are the most popular destinations for foreign students. Just as in the 19th and 20th centuries, the fame of the engineering courses is a major attraction for foreigners. The opportunities to follow English-language education are greater.

However, the short duration of the stay, the language barrier and separate cultural

and student activities offered by individual student organisations complicate the integration of foreign students into the Ghent student population. Paradoxically, in violation of the Erasmus philosophy, foreign students of the same nationality are often housed in the same buildings and even on the same floors. Students sometimes describe the new student homes on Kantienberg as the ‘Spanish ghetto’. Their notorious noisiness and tendency to group together in masses have already been reported in the newspapers.