Studentmigration in the interwar years 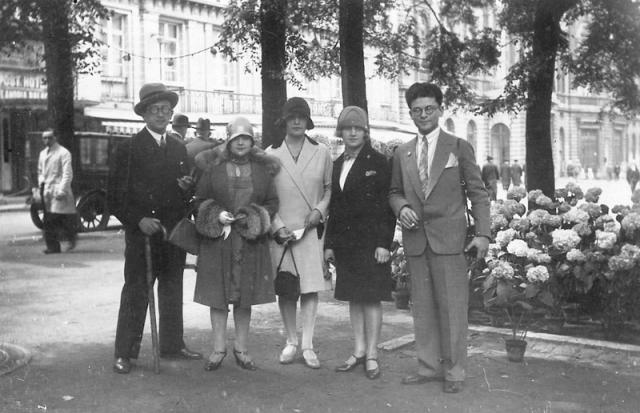 the presence of foreign students peaked to 1 in 3 of the total student population. At the Faculty of Engineering there were more foreigners than Belgians attending lectures. Eastern Europeans were clearly in the majority: in 1920 Russians, Poles, Romanians and Bulgarians accounted for an average of 450 students per year. There were a smaller number of Portuguese and Greeks, who together totalled about 50 students per year.

During the interwar period, foreign students arrived in the midst of the storm over

Dutchification. The old demand for a Dutch-speaking university flared up again in earnest. ‘Franskiljons’ (a mocking term for French-speaking inhabitants of the Flemish Region) in Ghent, many of whom were professors, were against the Flemish movement. The large contingent of foreign engineering students was one of the arguments used by opponents. Foreign students would leave Ghent University if they were unable to study in an international language.

When Ghent University became bilingual in 1923, and students could choose between

learning in Dutch or French, all foreign students opted for French-language education. To emphasize the preference for the French system, the Rector’s Office started recruiting students from abroad in large numbers. It organized extra French language classes, adopted a flexible attitude to the enrolment fee and paid for work done in the laboratory. The consequences were evident in the figures: in the twenties Ghent had more foreign students than other universities.

However, all the efforts of the opponents proved futile. Ghent University turned Dutch

in 1930. French-based teaching on the engineering courses was gradually phased out. Ironically, it was not Dutchification that was responsible for the ‘depopulation’ of the Technical Schools in Ghent. At other universities too, the number of foreign students dramatically dropped to 10% of the student population. The cause was the global economic crisis in the aftermath of the Wall Street Crash, and international political struggles. During WWII, student mobility understandably came to a halt. In the second half of the 20th century, student migration was largely determined by the Cold War and decolonization.